Alibi Reader was designed to make reading of the measurements that have been carried out by the R and X2 series balances and stored in the Alibi memory possible. All the accepted measurments are automatically recorded into the Alibi memory, which is due to the fact that the Alibi memory is a build-in storage of the balance. The Alibi memory cannot be modified or deleted, therefore it may be called a black box of the R and X2 series balances. It is possible to export the Alibi memory of a given balance to the Flash Memory Stick Pen Drive. It is also possible to export other balance databases to the memory stick. A previously exported file with the Alibi memory saved to it can be read on a PC computer thanks to the Alibi Reader program. The user can freely filter the data (e.g. by date, by the user code, by the product etc.) The data are saved to CSV file. Alibi Reader program not only presents the measurements readouts but it also enables reports generation. The reports can be generated out of chosen measurements, next they are saved to XLS, DOC or PDF files. 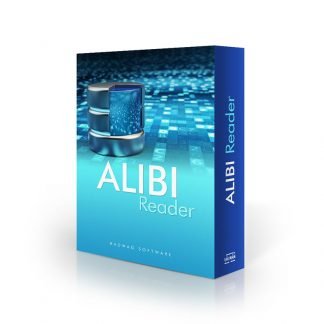