Weighing module MW-01 is designed as a response for the growing market demand for industrial weighing systems based on load cells, where the weighing platforms are located in large distance from a controlling terminal.
Depending on the needs, communication with the module can be conducted via RS485, RS232, Ethernet, or Profibus. Module MW-01 series is intended to coooperate with terminals PUE 5, PUE 7 series or a PC.The MW-01 enables full operation of PLC programmable controllers which communicate through communication protocol Modbus class 0.
The weighing module in network utilizing Modbus standard operates as slave, on one of available interfaces, RS 485 or Ethernet.

The MW-01 can operate in one of three modes: 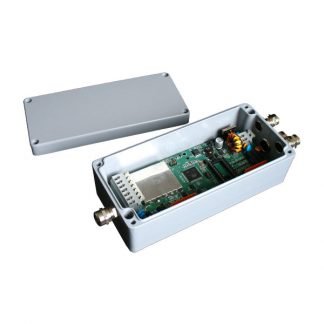