Application
Weighing module MW-04 is intended to designing load cell based industrial scales. Depending on user needs, communication with the module can be carried out using interfaces RS485, Ethernet, Profibus or RS232.
The MW-04 module is designed to cooperate with terminals or a PC computer. The MW-04 comes standard with inputs and outputs that enable independent controlling of industrial processes, like batching. A single weighing module MW-04 series can operate up to four weighing platforms.Design and functionality
The MW-04 features aluminum housing. Signal cables of the weighing platforms max 4 pcs.) are mounted through glands. The RS 232 interface is available on a socket M12 8P. Other interfaces are mounted through a gland PG11.
The device features a built-in power adapter 230VAC, therefore it is ready to supply directly from mains 230VAC.Functions
Software functionality

?Formulation? software fully uses the technical features of the terminals for their cooperation with external devices of automatics, e.g. control of filling valves. Another advantage of the system is the possibility to set a relation between formulas on ingredients batched on different weighing platforms.

Formula making process based on terminals is broadly applied in versatile industries. The system enables preparing formulas (i.e. manual or automatic batching) using multiple ingredients and according to a pre-defined formulation content. The formula making process enables batching an optional product, including powdery or granular substances (sugar, tea, grains, flavourings, and other) and liquid materials due to the cooperation with appropriate automatics systems. 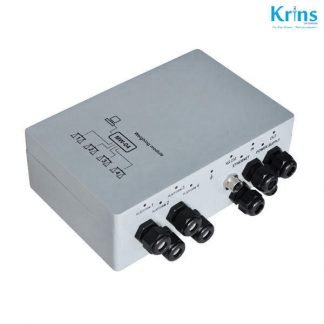